On Thursday Peter,  Josh, Lauma and the girls went to Banfi south of Siena. Chase Dylan and I rented a car and drove to Pisa and Luca.

Dylan is a great Navigator so we had no problem finding our way through the little streets of Pisa and finding a place to park. At one point i almost took out an entire tour group but thats another story! We walked to the giant Square and it was mobbed with people. The funniest thing we saw was all of the people taking the famous Leaning Tower of Pisa picture. 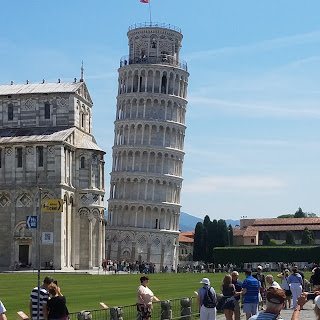 We did not go up the tower because we would have to wait too long for an appointment but we did go into the baptistery which is noted for its acoustics and we toured the cathedral itself. The Grandeur of these buildings is really something to see. 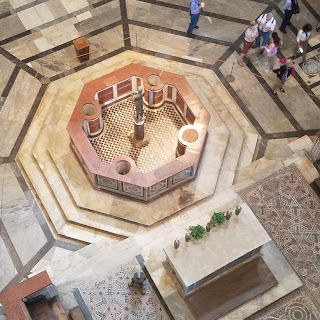 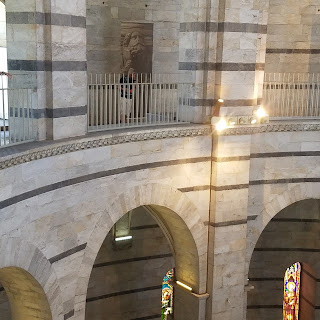 The Baptistry in Pisa 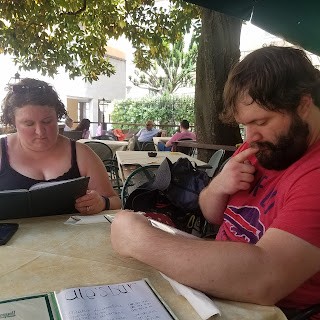 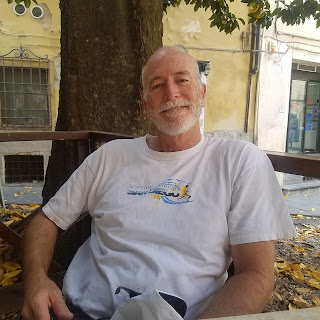 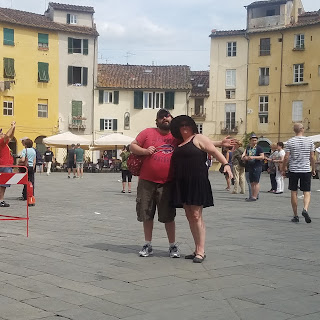 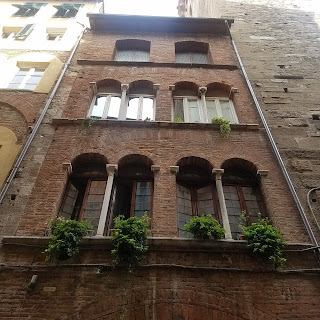 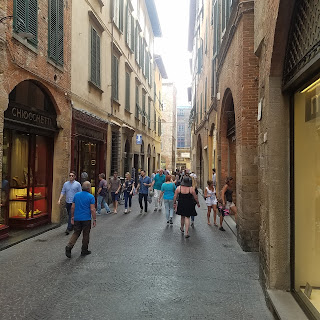 For just walking the streets and enjoying the feel of an old city I much prefer Lucca to Pisa so after we saw the tower we got in the car and drove through the countryside Toluca.

Luca was once a very powerful city of artists and was an independent city-state for nearly 500 years. The old walls around the city are intact and the best part is there are very few tourists that take the time to come here. In Venice and Siena there are literally thousands of people walking the street with you everywhere you go. But in Lucca you can wander the streets, peek into the shops and not be constantly accosted.

We did lots of souvenir buying here and then finally headed back to Florence.

Dinner was at ZaZa's. It was a great place that meandered through several buildings. We ened up in a private niche where we could relax and talk about all the fun we were having. We also learned that Peter loves an Aperol spritz!
Posted by Friend at 9:33 PM