On Tuesday we rented a large Mercedes van and the nine of us drove to Siena. The weather was perfect and the driving wasn't that difficult.

We had lunch at Il Campo, and then toured the city. Old Siena still has an early Renaissance feel to it and the cathedral is beautiful. 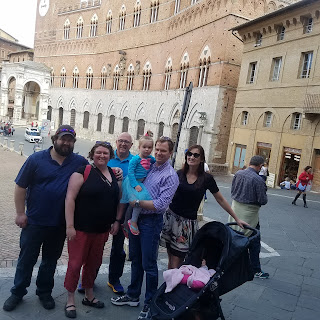 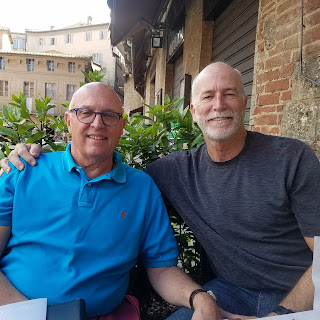 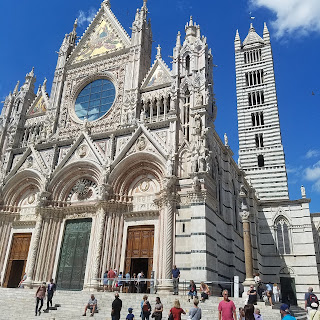 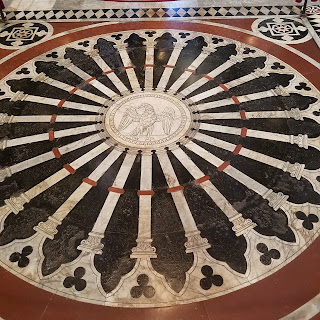 They had planned a much larger Cathedral that would have cantilever over the city on a hill but the Black Death killed nearly 60% of the population. Siena economy never really recovered from that and Florence took over as the giant power in the region.
Posted by Friend at 8:52 PM