Our bags finally arrived in Riga on Monday afternoon just in time for us to change into clean clothes and fly back to Amsterdam on Tuesday morning. Fortunately there were no problems with that flight and Josh and Peter and I arrived at the Marriott Hotel in the afternoon with no problems. We had a wonderful meal here at the hotel and then took a walk around the town to orient ourselves and then had some cocktails and finally went to bed. 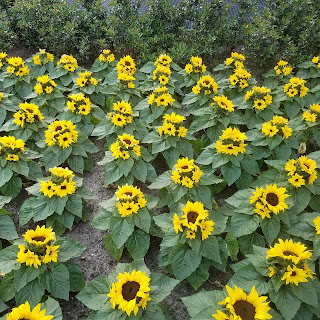 Sunflowers at the van Gogh Museum 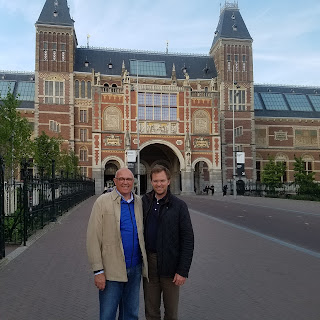 Wednesday was a big day here in Amsterdam because that evening Amsterdam was playing Manchester United for the European Cup title. So we made sure to plan our day so that we were nowhere near the field where all the fans would be gathering that evening to watch the game, which was just two blocks away from our hotel. 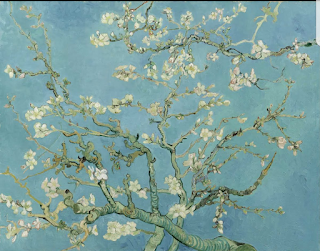 We toured the van Gogh Museum and it was really out of this world. All of his works are arranged chronologically with detailed explanations of his life his experiences and his work. Really a tremendous homage to the master. 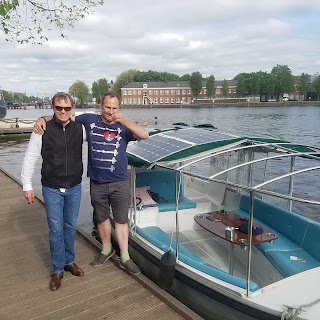 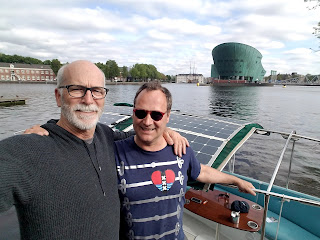 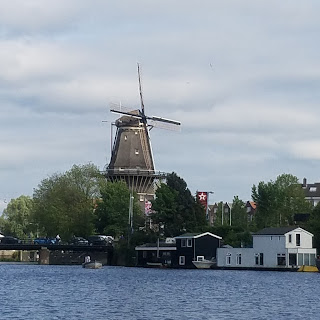 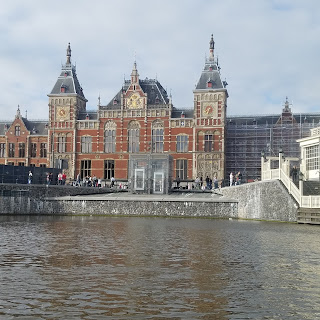 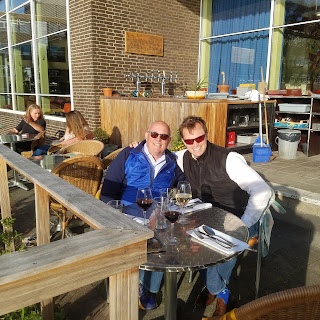 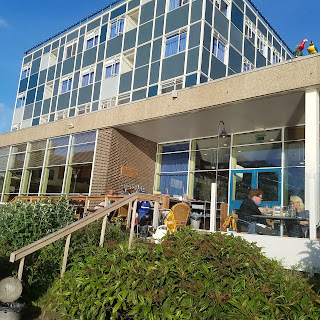 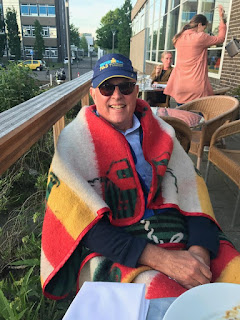 It got a little chilly during dinner

Liga had given us the phone number of someone that runs a small Canal tour boat named Mark so I called him and we arranged for a private Canal tour at 5 p.m. Skipper Mark was quite a character and he had a nice electric boat and took us all around the Old Town through the canals and gave us a great history of the city of Amsterdam. We asked him for a suggestion for dinner and he took us to a place called pension Homeland far away from the city centre and the crowds of crazy football fans. We sat on the porch for several hours and had a really wonderful meal. By the time we were finished dinner the game was on and so the streets had cleared and we were able to take a cab right back to our hotel. We went into the bar to watch the end of the game and unfortunately Amsterdam lost. As the game was coming to a close we looked out our window and we saw Vans of police arrived blocking off our street we saw police on Horseback managing the crowd. As far as we know nothing bad happened but it was interesting to see that this was all being controlled.

Today we are off to the has been a great way to celebrate Peter's birthday and I can't tell you how grateful I am to be a part of his life and his family's.
Posted by Friend at 9:43 AM